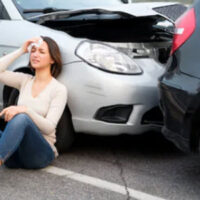 Proving a driver’s negligence is just one step towards recovering damages in a personal injury lawsuit. Another crucial step is actually proving there were damages. For example, the victim must show they actually required medical treatment as a result of the accident. In some cases, this can include the cost of evaluation and diagnostic services, even when doctors do not actually find an injury.

The Tennessee Court of Appeals recently clarified the legal standards applicable to such evaluation and diagnostic claims. The case before the Court, Noland v. Cook, dealt with the unusual circumstance of a jury ruling in favor of the plaintiff but awarding zero damages.

The case itself involved an October 2014 car accident in Sevier County. The plaintiff was driving when another car, driven by the defendant, came into the plaintiff’s lane and struck her vehicle. At trial, the plaintiff testified she noticed “sharp, tingling pains in her neck and arm” following the accident. However, she declined to go the hospital right away.

Eventually, the plaintiff did undergo an X-ray and CT scan. The plaintiff later required neck surgery. Unfortunately, this did not fully resolve her ongoing pain.

The jury ultimately held the defendant was negligent in causing the accident but awarded the plaintiff zero damages. On appeal, the plaintiff argued the jury’s verdict was not supported by “material evidence.” Specifically, she argued that she was at least entitled to compensation for her “medical expenses for evaluation and treatment following the accident.”

The Court of Appeals disagreed and upheld the jury’s verdict. It explained that in cases where the evidence supports a jury verdict that a plaintiff “sustained no injuries following an accident,” the court should still award the plaintiff compensation “minimally equal to the medical expenses incurred to evaluate for injuries following the accident, so long as there is unrefuted and uncontradicted proof that such expenses are reasonable and necessary.”

Here, the evidence was not “unrefuted and uncontradicted.” To the contrary, the plaintiff’s doctor testified during his deposition that he did not make a specific determination as to whether all of his billed testing was “reasonable.” At best, the testimony was “ambiguous,” according to the Court of Appeals, which supported the jury’s award of zero damages.

If you are involved in an auto accident and experience any pain or other symptoms, you should always seek immediate medical attention. Any delay in seeking treatment can later undermine your claim for compensation from the negligent driver. And if you need legal advice from a qualified Sevierville car accident attorney, contact Fox, Farley, Willis & Burnette, today to schedule a free consultation.