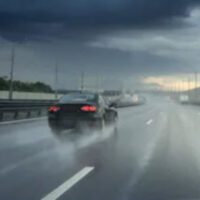 Approximately 21% of motor vehicle crashes that occur each year are weather-related. The majority of these weather-related accidents occur on wet pavement and during rain. The National Highway Traffic Safety Administration has even found that 70% of the weather-related crashes occur on wet pavement and 46% of the accidents occur during rainfall. Rain increases the chance of car crashes for several reasons including impairing the visibility for drivers as well as creating issues with vehicle traction on the road.

Whether it occurred in the rain or any other type of weather, if you or a loved one is injured in a Tennessee car crash and someone else is responsible, you should not hesitate to speak with an experienced car crash lawyer. Contact Fox, Farley, Willis & Burnettetoday to schedule a free case evaluation.