Proving Causation in Injury Cases Can be a Challenge 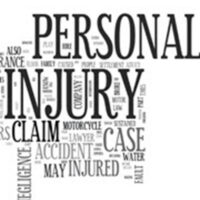 Someone does something wrong or acts in a careless and negligent way. Someone else is injured. You prove both. Case closed? Not quite. You still have to connect the two to one another. Doing that requires showing legal causation.

Many of us know what cause is, as it’s a word that we use in our everyday life. And in many injury cases, causation is clear, and requires little proof. If a car rear-ends your vehicle, that vehicle caused the accident and likely caused your injuries.

But in many cases, causation can be much more difficult and can be the subject of a lot of litigation.

Examples Where Causation Can be Difficult to Prove

For example, let’s assume that a drug manufacturer makes a defective product that the victims allege gave them cancer. You probably already know that cancer happens all the time, and sometimes even seems like it is a random killer.

Causation often comes into play with pre-existing injuries. Imagine someone is hurt in a car accident and injures her back. What if that person had a back injury already? Did the accident now cause the back injury—or are the victim’s pain, disability and medical care, actually caused by the already existing pre-car-accident injuries?

Causation doesn’t have to be perfect or direct. The question is just whether or not the defendant’s actions could foreseeably lead to the plaintiff’s injuries. For example, in one case, a man was running away from a police officer. While chasing the robber, the officer fell through a skylight to his death.

Is it foreseeable that the criminal’s actions would lead to that kind of injury? Likely so. It’s not whether the injury is unusual or strange—it’s just whether or not it could be reasonably expected that an injury could flow from certain behavior.

Ultimately, whether or not an action causes an injury, or whether the injury is foreseeable, is one that rests for a jury. Victims should always be aware when a causation issue may arise in their case.

Call the Clinton personal injury attorneys at Fox, Farley, Willis & Burnette, today. We can help you take your injury case to trial, if needed.