Products Liability And The Misuse Defense 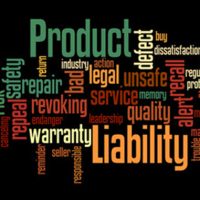 As a general rule, in product liability cases, manufacturers and retailers are strictly liable for the injuries that defective products that they make or sell may cause. That means that you don’t have to show they knew what they were making or selling was defective, or that they acted carelessly—so long as the product was, in fact, defective, the manufacturer or seller can be liable.

But there is one common defense that many manufacturers take in products liability cases: The defense of misuse.

Misuse is really a form of causation; the manufacturer is saying that their defective product didn’t injure you, but rather, it was you, failing to use the product the way it was intended, that caused the injury. What makes misuse such a powerful defense for manufacturers is that many of us do, innocently, misuse products all the time.

These are all classic everyday situations of misuse. Misuse may also be common because, frankly, a lot of products contain instruction labels that are obscure, hard to read, hard to even find, and which may be filled with somewhat useless instructions (such as the classic and hopefully painfully obvious “do not eat” instruction that seems to be on every product we buy).

Not all misuse will excuse the defendant from liability. Sometimes, consumers misuse a product, but the manufacturer knows of the misuse. Manufacturers want to sell products, and they often don’t care what you’re using them for or how—the more sales, the better for them.

This question is one of foreseeability; was it reasonably foreseeable that a consumer would use a product in a certain way or for a certain use?

For example, many drug manufacturers are well aware that their medicines have “off label” uses, and that doctors often prescribe the medicines for purposes that may not be directly related to the reason the drug was initially approved. The manufacturer likely could not label this as misuse, the off-label use being quite common and foreseeable.

However, if the consumer decided to give the medicine to their pet, that may be real misuse; giving human medicine to pets may be completely unanticipated by a human pharmaceutical manufacturer.

As another example, many people use tools to pry open cans or jars. That’s not what they are made for, but manufacturers well know that it happens. They could not then hide behind a misuse defense.