Personal Jurisdiction–Can You Sue The Defendant In Tennessee? 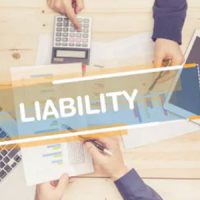 So you know who caused your injury, and you want to sue for damages that their negligence has caused you. Can you sue them?

That question is usually interpreted as “did this defendant do something wrong that would allow me to sue them?” But there’s another question that sometimes needs to be asked: “Can I sue this defendant here in Tennessee?” We’re talking about personal jurisdiction, and in some injury cases, it can become a major problem.

Contrary to popular belief, you can’t just sue any company or business in any court. The person, company or business you are suing must have some contact with the state of Tennessee in order for a Tennessee court to be able to hear a case, and ultimately, enter a judgment against that defendant.

But sometimes, the analysis is not so easy. We live in a global world, where products can be had from anywhere, and where some products have other products in them that are made in other countries. Those companies may not have any direct connection with Tennessee.

For example, let’s say that you are burned when an ATV flips, and the seats catch fire. You sue the ATV manufacturer, who says that the cause of your burns is actually the manufacturer of the seats, which are made with a highly flammable material.

What Courts Look For

As a general rule, courts will ask what contact a company has with the state, and whether it is foreseeable that the company could have its products used and sold in the State of Tennessee.

Is it foreseeable that the business could be sued in Tennessee? If so, it will be fair to sue them there. Some courts will require that a Defendant purposely target the state—that is, that it advertises or sells or does business with Tennessee businesses or residents.

Call the Tennessee personal injury attorneys at Fox Farley Willis Burnette, PLLC, today to help see who may be responsible for your injuries.