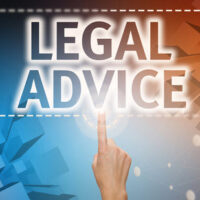 A common legal tactic by manufacturers of dangerous or defective drugs is to argue that any product liability claim based on state law is barred by federal law. Essentially, since the U.S. Food and Drug Administration regulates the labeling and manufacture of drugs offered for sale, this should overrule or “preempt” any state personal injury claim against the drug’s manufacturer. But just because a manufacturer claims preemption does not always make it so.

For example, a federal judge in Pennsylvania recently declined to dismiss a defective drug lawsuit on federal preemption grounds. The case involves Injectafer, an iron replacement medication produced by American Regent, Inc. (previously known as Luitpold Pharmaceuticals, Inc). The drug is administered intravenously to adult patients who suffer from anemia and are unable to tolerate oral iron treatments.

Injectafer contains a compound known as FCM, which is known to cause low levels of phosphate in the patient’s blood. If phosphate levels drop too low–a condition called severe HPP–the patient can suffer serious side effects, including muscle breakdown, cardiac arrest, and respiratory failure.

The connection between FCM and severe HPP was well documented on the European market prior to the FDA’s approval of Injectafer for sale in the United States. But Injectafer’s FDA-approved label does not warn patients or doctors of this connection. Instead, the label insisted it was an “adverse reaction” that occurred in “less than two percent of patients.”

The plaintiff in this case received Injectafer treatments, first at the Mayo Clinic in Minnesota, and then near her home in Pennsylvania. According to her lawsuit, the plaintiff was subsequently diagnosed with severe HPP. She suffered “severe nausea, pain, weakness, and constant fatigue,” which required her to take a leave of absence from her job.

The plaintiff’s lawsuit effectively accuses American Regent and other parties involved with the manufacture of Injectafer of violating Pennsylvania product liability law. In response, the defendants argued federal preemption. As the judge overseeing the lawsuit put it, the defense argument “boil[s] down to allegations that Injectafer should have been labeled and designed differently despite FDA approval of the existing label and design.”

But the judge went on to deny the defense motion to dismiss on preemption grounds. More precisely, the judge said it “would be premature” to rule preemption applies at this stage of the lawsuit. As an affirmative defense, the defense–not the plaintiff–bears the burden of proving preemption applies. Here, the defendants needed to provide “clear evidence” that they presented a different label to the FDA–one that warned of the risk of severe HPP–and that the FDA then said it “would not approve a change to the drug’s label to include that warning.” The judge said the defense had yet to present such evidence, meaning the plaintiff’s lawsuit could proceed.

Drug manufacturers are skilled at using the legal system to protect their interests. You need to do the same. If you have been harmed by a drug that did not contain proper warning labels, you need to work with an experienced Clinton dangerous drugs & defective medical device lawyer who will fight for you. Contact the offices of Fox, Farley, Willis & Burnette, today to schedule a free consultation.