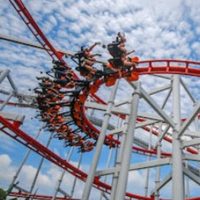 Throughout the country, every day, amusement park rides carry thousands, if not tens of thousands of riders. And almost all go without any serious safety problems, injuries or accidents. But accidents do happen at amusement parks, and when they do, the results can be deadly.

Despite the fact that many of these rides hurl human bodies at speeds as fast as a car, and often do so hundreds of feet in the air, or even upside down, there are actually no federal state regulations that govern amusement parks.

Certainly, the larger, fixed parks like the typical Disney or Universal parks, will try to employ the highest possible safety measures for their rides. But there is no federal government agency that says that a ride has to have certain safety features, or that there are limits to what a ride can do, or that dictates how amusement park employees are trained.

There are state standards, but many are not very strong, and the lobbying groups for many if the industries are strong enough to avoid serious state oversight. Additionally, whatever laws or regulations the states do impose, are often not applicable to traveling or temporary fairs or carnivals.

The Accident at ICON Amusement Park

It is true that most amusement parks are safe—by one estimate, you have about a 1 in 15 million chance of being injured on an amusement park ride. However, that doesn’t mean accidents don’t happen. They do, and in fact, a deadly accident recently occurred at an amusement park in Orlando Florida, called ICON park.

The ride was a freefall ride, where riders, sitting upright, are hurled up and down at speeds that exceed 70 miles an hour. Recently, a 14-year old boy fell from the ride, to his death. It is unclear how the boy fell, but there are a few leading theories, many of which point out safety deficiencies in the amusement park industry.

There is some speculation that although the 14-year old was over 6 feet tall and over 300 pounds, he was allowed to ride, even though those measurements exceed the ride’s safety thresholds. Videos and eyewitnesses state that the ride may not have had backup safety belts, which compliment the larger, over the shoulder harnesses that many such rides have.

Suing When There are No Regulations

Right now it is unclear exactly how the accident happened, but the lack of oversight doesn’t mean that amusement parks get a free pass. The law allows an injured victim to sue, if the amusement park did or failed to do something that a reasonable person (or park) would have done.

That means that even in the absence of any written rule, law or regulation, a park can still be sued if it did not have proper safety standards. There are experts in this field that are called on to testify as to what an amusement park should have done, but didn’t do, when an accident happens.

Call the Knoxville personal injury lawyers at Fox Farley Willis & Burnette, PLLC, if you are injured in a ride or while at an amusement park.