One Killed in Interstate 40 Accident Near Knoxville 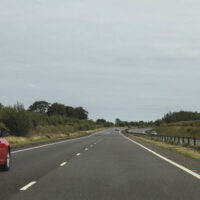 Knoxville, TN (August 2, 2020) A two vehicle accident occurred overnight on August 2 that left one individual dead. Knoxville Police Department reports that the accident occurred around 11:40 p.m. near Oglesby Road overpass. Due to the severity of the accident, a crash reconstruction team was called. The accident was later determined to have occurred when a tractor that was traveling on Interstate 40 East through stop and go traffic rear-ended a Toyota Camry. The Camry’s driver was pronounced dead at the scene, but fortunately there were no other injuries associated with the accident. Additional details about the accident are pending.

The Insurance Information Institute reports that in 2017, 2,456 fatal accidents occurred involving moving vehicles that rear-ended one another.

Fatalities are much less common when rear-end collisions involve two smaller vehicles. These accidents, however, often prove deadly when a truck rear-ends a smaller vehicle. There are several reasons why these collisions are almost always deadly:

If you or a loved one has been injured in a Knoxville accident, it can be overwhelming to decide how to respond. One of the best first steps that you can take is to speak with a knowledgeable attorney. Contact Fox, Farley, Willis & Burnette today.