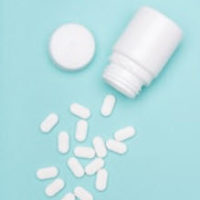 The continuing opioid crisis raises a number of complicated legal issues. Every state, including Tennessee, has strict product liability laws. But prescription drugs, which include many popular opioids, are also subject to federal regulation. So what happens when an victim seeks to hold opioid manufacturers responsible under state laws that may conflict with federal statutes?

A federal judge in Ohio recently addressed such a scenario. The plaintiff in this lawsuit, Kelley v. Insys Therapeutics, Inc., became addicted to (and overdosed on) Subsys–a powerful fentanyl-based opioid–after his doctor prescribed it to manage the plaintiff’s chronic knee and back pain. Subsys was actually designed to help cancer patients manage their pain. But Subsys also marketed the drug for “off-label” use in other patients such as the plaintiff to deal with other forms of pain.

The plaintiff’s lawsuit effectively alleges the manufacturers of Subsys violated Ohio products liability law. In response, the defendants argued federal law “preempted” any state law claims arising from the use of Subsys. Specifically, the defendants cited the federal Food, Drug, and Cosmetic Act (FDCA). This law states that only the federal government, rather than individual plaintiffs, may pursue claims arising from the use of FDA-regulated drugs. Here, the defense maintained that any claims based on the “off-label” use of Subsys fell within the scope of the FDCA’s preemption.

The judge overseeing the case partially agreed. The court held that “any claim based solely on off-label promotion is impliedly preempted” by the FDCA. But “independent state law grounds” could still support a product liability claim. In this case, there was independent grounds to support some–but not all–of the plaintiff’s claims.

More precisely, the judge said the plaintiff could pursue the following claims:

Every day we learn about more people whose lives have been destroyed by opioid addiction. It is critical to hold the companies responsible for this crisis accountable. If you, or someone you love, has been harmed due to opioid usage, it is critical to promptly seek legal advice. The qualified Tennessee opioid attorneys at Fox, Farley, Willis & Burnette can sit down, review your case, and apprise of your options. Call us at (866) 862-4855 to schedule a confidential case evaluation today.