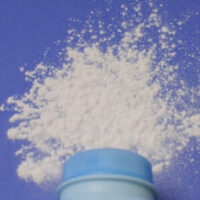 Talcum powder has been linked to the development of ovarian cancer and mesothelioma. In the latter cases, there is evidence that talcum powder contains asbestos fibers, exposure to which in even trace amounts can lead to mesothelioma. And unlike other forms of cancer, mesothelioma can take years or decades for symptoms to manifest.

It is also well-known that even second-hand exposure to asbestos can lead to mesothelioma. For example, family members of workers exposed to asbestos in the workplace often develop cancer from the asbestos fiber residue left on the worker’s clothing. But what about talcum powder? Can someone develop mesothelioma based on second-hand exposure to baby powder used by someone else in the victim’s household?

A lawsuit pending before a New York State court alleges precisely that. And in a November 7, 2019, decision, the judge overseeing the case denied the defendant manufacturer’s motion for summary judgment. The case involves the Colgate Palmolive Company, which produces the Cashmere Bouquet talcum powder line.

The plaintiff is the widow of a man who died from mesothelioma (the decedent). The decedent personally used Cashmere Bouquet talcum powder between 1969 and 1972. After that, he received second-hand exposure to the product because his wife used it through the 1990s. In a deposition taken before his death, the decedent said his wife “was a powderholic,” and that the couple actually fought because her excessive use of Cashmere Bouquet talcum powder often filled the whole room with a “cloud.” Indeed, the decedent said it was not uncommon for his bathroom and bedroom to be covered in talcum powder dust.

In her own deposition, the plaintiff confirmed that she “loved the smell” of Cashmere Bouquet and often “made the whole room look like a smoke screen” when she used the product.

In its motion for summary judgment, Colgate Palmolive argued there was no evidence linking the decedent’s illness and death to asbestos exposure from Cashmere Bouquet. In response, the plaintiff produced two expert reports. The first expert found the decedent “was exposed to levels of asbestos that was above ambient background levels,” and that based on “historic and recent analysis of the talc from source mines and defendant’s Cashmere Bouquet talcum powder,” that the product was “contaminated with asbestos.” The second expert similarly concluded that “individuals that used Cashmere Bouquet talc products in the past were more likely to have been exposed to significant airborne levels of asbestos.”

Of course, Colgate Palmolive presented its own expert reports disputing these findings. But as the judge explained, the mere existence of conflicting evidence cautions against granting summary judgment. Accordingly, the judge ruled the plaintiff could proceed with her case.

We are only just beginning to grasp the magnitude of the public health risk created by talcum powder and its links to cancer. If you, or someone in your family, has developed a serious illness and you suspect talcum powder might be the cause, you should contact the talcum powder lawsuit lawyers at Fox, Farley, Willis & Burnette, to speak with a lawyer right away.