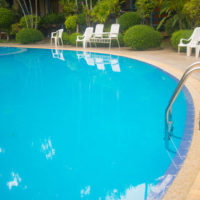 With the start of summer fast approaching, many Tennessee parents will soon be taking their children swimming. It is important for parents, as well as anyone operating a swimming pool or spa, to take water safety seriously. Each year an average of 5,900 children suffer non-fatal injuries–such as traumatic brain injury–due to drowning, according to official figures from the U.S. Consumer Product Safety Commission (CPSC). And while fatal drowning accidents have significantly declined in recent years, the CPSC continues to urge parental vigilance whenever their children are near the water.

Facts and Figures Regarding Children and Drowning

Every year the CPSC releases updated statistics on pool and spa drownings involving children under the age of 15. For 2014, the most recent year for which complete data was available, the CPSC said there were “346 reported fatal child drownings.” This represents a 13 percent decrease since 2010.

Among the CPSC’s other major findings:

The CPSC also evaluated fatal drownings involving children under the age of 5 and classified them according to the following “scenarios”:

The Risks of Getting Trapped in Drains

In a separate report, the CPSC also looked at 17 cases reported between 2012 and 2016 where individuals were injured or killed due to “circulation entrapments” involving pools, spas, and whirlpools. Most of the victims–14 out of 17–were under the age of 15, and a majority of incidents involved spas.

Do You Need to Speak With a Tennessee Personal Injury Attorney?

If your child has been injured due to the negligence of a pool or spa owner, you may be entitled to compensation for medical bills and your child’ pain and suffering. An experienced Knoxville personal injury lawyer can evaluate your case and help you decide the best course of action. Contact the office of Fox, Farley, Willis & Burnette, Attorneys at Law, if you need to speak with an experienced accident lawyer today.