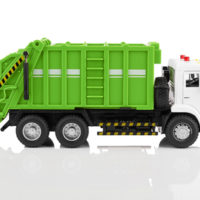 When it comes to workplace accidents, the “workplace” does not always have to be a fixed physical location, such as an office, factory or construction site. For purposes of workers compensation benefits eligibility, it may be said that “The workplace is where the worker is.” What this means is that if work-related travel is part of an employee’s duty to his employer, and the work-related injury to that person takes place during this travel, then it follows that the employee was at work when the injury occurred.

As an example, consider the case of a Metropolitan Public Works employee for the city of Nashville, who was one of three personnel working on a garbage truck when an accident occurred. He and a coworker were standing on the back of the truck as it was backing into an alley. Evidently, the driver backed the truck up in such a way that is coworker in the back became pinned between the truck and the wall of a building before falling under the truck as it continued to backup. When the other worker on the back of the truck was able to gain the driver’s attention, the driver then stopped and pulled forward again – thereby running over for a second time the employee who was under the truck.

At some point between being pinned against the wall and run over twice, the unfortunate worker died of his injuries.

Assuming that’s the employees on the back of the truck were performing their job duties in an authorized manner, then it seems at least possible if not likely that if the deceased employee had a family then his family members would be able to file a claim for death benefits under Tennessee workers compensation.