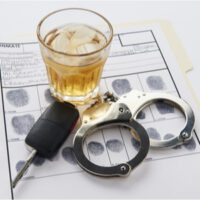 Dowelltown, TN (September 1, 2020) A man in Dowelltown was charged on September 1 with driving under the influence following a single truck accident. As a result of the offense, the driver was placed under a $1,500 bond with a court appearance scheduled for October 1st. The driver’s truck was first spotted at a gate on a shared driveway of several property owners close to Chapman Hollow. When one of the property owners went to investigate, the property owner found the driver unconscious behind the Nissan Frontier’s wheel. After being awakened, the driver attempted to pull away but, while trying to pull away from the driveway, drove off the right side of a bridge. The truck’s undercarriage then became stuck on part of the bridge and embankment. According to law enforcement, the driver exhibited a strong odor of alcohol as well as trouble communicating and performed poorly during a field sobriety test.

Dowelltown is part of DeKalb County, which the Tennessee Department of Safety and Homeland Security reports saw 25 drunk driving accidents in 2019.

How to Defend Yourself From Drunk Drivers

While the drunk driver in this accident did not injure anyone else, there are some helpful steps that you can take as a driver to reduce the risk of having your life impacted by a drunk driving accident, which include:

Car accidents caused by drunk driving can leave people seriously injured and can even result in death. If you need the assistance of a skilled car crash lawyer, do not hesitate to contact Fox, Farley, Willis & Burnette today to schedule a free case evaluation.