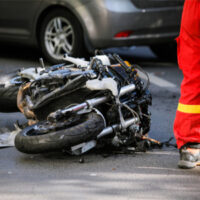 Jefferson County, TN (October 27, 2020) A man in Knoxville was killed following a motorcycle crash on Interstate 40 on October 28th that occurred in Jefferson County. Based on the crash report, the motorcyclist was killed when a motorist struck the man’s motorcycle from behind. As a result of the collision, the man was thrown from his motorcycle and then struck by multiple vehicles. Crash reports state that law enforcement is not sure how many vehicles struck the motorcyclist or what kind of vehicles were involved. The driver who started the accident was not injured and has since been tested for alcohol or drugs. It remains uncertain whether these substances played a role in the accident. It is uncertain if this driver was charged with anything.

Motorcyclists do not have the protection that passenger vehicle occupants do. As a result, motorcycle crashes commonly result in serious injuries and fatalities. If you have been injured in a motorcycle accident and another party is responsible, you should not hesitate to speak with an experienced attorney. Contact Fox, Farley, Willis & Burnette today.