Minivan Drives Off Road and Collides with Power Pole in Knoxville 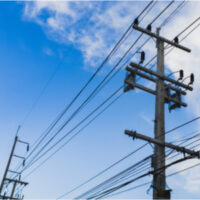 Knoxville, TN (January 26, 2021) Rural Metro Fire as well as Knox County Rescue workers responded to calls about a car crasharound 3:30 in the morning on January 26th and found a minivan leaning against a utility pole. Fortunately, no injuries are reported as a result of the crash. The accident is reported to have occurred on South David Lane in West Knox County and involved a mini-van that drove off the road, went up a guide wire, and ended up against a power pole. The only occupant in the crash is not reported to have been injured, but needed assistance exiting the vehicle. Details about what caused the vehicle to go off the road are not yet known.

Tree and utility pole related crashes represent approximately 12 to 15% of all deadly crashes involving vehicles that go off the road. Given that electrical wires can sometimes remain charged following a crash, this often presents an extra danger. If your utility pole crash involved a negligently maintained structure, it might be possible to obtain compensation for your resulting damage.

If you’ve been injured as a result of a vehicle that left its lane of traffic, you have likely been left to face countless complications including lost wages and large medical bills. One of the best things to do in such a situation is to obtain the assistance of an experienced personal injury lawyer. Contact Fox, Farley, Willis & Burnette today to schedule a free case evaluation.