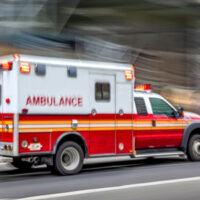 Pioneer, TN (March 9, 2021) A 43-year-old man was killed while a second man was injured in a two-vehicle crash that occurred on SR 63 on the evening of March 9th. The driver who was killed in the crash has since been identified. A second man was also injured in the accident. Based on a preliminary report from the Tennessee Highway Patrol, the accident occurred just before 7:30 pm on SR 63 close to Old Highway 63 in Campbell County where the driver’s Toyota Corolla crossed the double yellow line and struck a westbound UPS van. The UPS van then overturned and came to a final stop on its side, while the other vehicle came to an uncontrolled rest in the westbound lane of the highway. Fortunately, both men involved in the crash were wearing seatbelts. The highway was closed in both directions for more than an hour so the crash could be investigated and the wreckage could be cleared.

Road crashes have been found to be the leading cause of death in the United States for people between the age of 1 to 54.

When Tennessee car crashes occur, victims are often left facing countless complications. One of the best ways to respond in such a situation is to promptly obtain the assistance of an experienced accident lawyer. Do not hesitate to contact Fox, Farley, Willis & Burnette today if you need help fighting for the results you deserve. We understand the challenges that victims face and are prepared to do whatever it takes to make sure that your case resolves in the best possible manner.