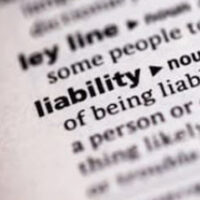 Dogs: Many of us love them and many of us own them. But unfortunately, many of us can also be injured by them. When can a Tennessee dog owner be liable for injuries caused by their dog?

Tennessee law requires that dog owners both keep their dog “under reasonable control” and keep the animal from “running at large.”

Unlike many rumors that dog owners get “one free bite,” (that is, that an owner’s dog can bite someone for the first time without the owner being liable), in fact that is not the case in some cases.

A dog owner can be liable even if their dog has never displayed any aggressive tendencies in the past. However where the bite happens on residential property (that is, the dog owner’s residence or property), then the one-bite rule does apply, and a victim will have to show the owner knew or should have known that the dog had the propensity to bite or become aggressive.

But outside of residential property, owners don’t have to be negligent the way they must be to find liability in other types of personal injury cases. If you own a dog, and the dog bites someone, you are strictly liable for the injuries caused by the bite.

One common defense to a dog bite case that a victim can expect to encounter is the question of ownership. Often, ownership isn’t so easy to prove. Imagine a situation where two people trade off having the same dog, with one person having the dog certain days and the other person having the dog on other days. Or a couple who gets divorced, and they are arguing in the divorce about ownership of the dog.

The law does provide an exception for anybody who is “temporarily harboring” a dog. So, for example, a dog walker may not be liable for the injuries caused by a dog, nor would a friend who was watching another friend’s dog.

The statute also requires that owners keep a dog from “running at large.” This means exactly what it says; imagine a dog running loose, or unleashed in a public place, or which gets loose from the dog’s backyard and trespasses on someone else’s backyard.

These defenses obviously focus on the behavior of the victim. In some cases, animal behavior experts may be called on to interpret how human behavior affected a dog’s reaction in a given situation.

Injured by a dog, or any other animal? Call the Clinton personal injury attorneys at Fox, Farley, Willis & Burnette, to help if you are injured in any kind of accident.