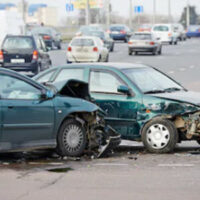 Data compiled by the National Highway Traffic Safety Administration Reveals that in 22.2 percent of car crashes, vehicles turning left at intersections played a role as pre-crash events. Many times because left turn accidents involve the collision between the front of one vehicle and the driver-side of another vehicle, the results are particularly serious. Fortunately, there are several things that drivers can do to avoid the chances of ending up in a left turn accident. Before making a left turn, it is critical to turn on your vehicle’s left turn signal so other surrounding motorists are informed about your decision to turn. Drivers also must proceed cautiously and do their best to pay attention to their surroundings when turning.

Tennessee car crashes occur in a few moments, but have the potential to forever change the lives of accident victims. One of the best responses that you can take in such a situation is to promptly retain the assistance of an experienced accident attorney. Consider contacting Fox, Farley, Willis & Burnette for assistance.