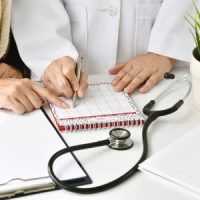 Do you have a higher chance of being a victim of medical malpractice or of having a bad medical outcome in a hospital, if you are admitted over a weekend? It may seem ridiculous that there is any correlation between when you go to the hospital and your chances of recovery but in fact, what is known as the “weekend effect,” does in fact bear out some relationship between these two factors.

Mortality Rates are Higher on Weekends

According to some studies, people admitted into hospitals on weekends had between 11%-16% higher mortality rates, compared to people who were admitted to the hospital during the week. There was also a slightly lower survival rate for patients who entered the hospital after hours on any day, although that dip in survival was minimal.

The risk is higher on weekends regardless of the cause of being admitted—the rates went up with heart attack or stroke victims, as well as with victims of accidents.

The disparity also existed, regardless of age—children also had a higher risk of death if admitted over a weekend.

Why the “Weekend Effect” Disparity Exists

There is a name for this phenomenon, called the “weekend effect,” and although experts don’t know why the disparity exists, they do have some theories.

Some of the more obvious reasons are that outside specialists may be less readily available on weekends, hospitals may be at reduced staff, newer, less experienced doctors may get weekend hours, or that lack of staffing may cause delays in getting diagnosis, or in having vital scans and tests read.

Reduced staff can also lead to delays in seeing or treating patients, who may have time-sensitive medical needs.

Staff that is called in over the weekend, may be distracted, or less inclined to spend time with a patient. The doctor called away from family dinner to look at a patient may give a quicker, more cursory review, than a doctor that is in the middle of his or her shift would give to a given patient.

There is some support for these theories, given that trauma centers, or transplant centers, which are used to working 24 hours and have specialists that are used to such a schedule, have a lessened disparity between mortality during the week, as opposed to the weekend. These are usually known as Trauma 1 centers, but most neighborhood or city hospitals are not set up the same way as these centers are, unless they specifically have a trauma unit attached to them.

Some say one cause of higher weekend mortality rates is that victims are different during the week, then on the weekend. Accident victims over the weekend tend to be involved in more serious accidents, like drunk driving, boating accidents, drug overdoses, or extreme sporting accidents.

Call the Clinton personal injury lawyers at Fox Farley Willis Burnette, PLLC, today if you have been a victim of medical malpractice.