Is an International Airline Liable If I Am Injured During the Flight? 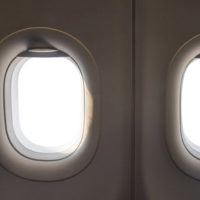 Accidents can happen anywhere. But where the accident took place can affect your legal rights. For example, if you are injured in a car accident on Tennessee roads, there is no question that the state’s personal injury laws would govern any subsequent lawsuit you file against a negligent party. But what happens if the accident occurs on an airplane and the defendant is an international airline?

With respect to personal injury claims, Article 17 of the Convention states that an airline is “liable for damage sustained in case of death or bodily injury of a passenger” when an accident occurs “on board the aircraft or in the course of of any of the operations of embarking or disembarking.” So if you are injured during a flight or while actually getting on the plane, you have the right to seek damages under Article 17.

The U.S. Sixth Circuit Court of Appeals, which has jurisdiction over federal trial courts in Tennessee, recently addressed the application of the Montreal Convention in this context. This case actually originated in Michigan. The unidentified plaintiff and her minor daughter took an international flight to Chicago on the defendant’s airline, which is owned by a foreign government. During the flight, the plaintiff stuck her hand in the seatback pocket and was “unexpectedly pricked by a hypodermic needle that lay hidden within.”

The plaintiff subsequently filed suit in Michigan seeking damages for both the physical injury caused by the needle and the “mental anguish” arising from her “possible exposure” to disease. The judge held the plaintiff’s mental anguish claims were “not recoverable” under the Montreal Convention and dismissed that part of her lawsuit. But on appeal, the Sixth Circuit reversed the trial court.

As mentioned above, Article 17 allows for damages “in case of” bodily injury sustained by a passenger. The Sixth Circuit explained that “’in case of’ does not mean ’caused by.’” By the plain text of the Montreal Convention, a “passenger’s recovery is conditioned only on the occurrence of an accident that causes death or bodily injury either on board the aircraft or during boarding or deplaning.” In other words, a plaintiff, like the one in this case, may seek damages “for her mental anguish,” since it was “sustained in the case of” an underlying bodily injury.

Have You Been Injured in an Accident?

The law governing personal injury is complicated regardless of the location and circumstances. That is why it is critical to always work with a qualified Tennessee personal injury lawyer who understands the law and how it can help you. Contact the offices of Fox, Farley, Willis & Burnette, Attorneys at Law, in Knoxville or Clinton if you need to speak with someone about your case right away.