Is a Property Owner Liable for a Shooting That Occurs on a Public Street? 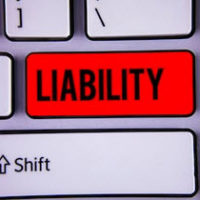 Personal injury claims in Tennessee are based on a defendant’s “duty of care” to the plaintiff. In plain English, this means a person (or a corporate entity) must act reasonably to avoid injuring other people. But legally speaking, the burden of proof is on the victim to show this duty existed–and that the defendant somehow violated it through action or neglect.

Consider this recent decision by the Tennessee Court of Appeals, Collier v. Legends Park LP. In this case, a man–the plaintiff–was shot on a public sidewalk near the defendant’s property. He alleged the defendant’s negligence, specifically its failure to “maintain the property in a safe condition,” directly led to the shooting and his injuries. The Court of Appeals, upholding a trial judge’s earlier ruling, disagreed and dismissed the plaintiff’s lawsuit.

Here is some additional background. The plaintiff and his cousin were sitting in a car parked on a public street in Memphis, at a location adjacent to the defendant’s apartment complex. The plaintiff lived in one of the apartments.

Another vehicle pulled up alongside the plaintiff’s car. The plaintiff got out of his vehicle. A woman then pulled an assault rifle and demanded the plaintiff give her money. He told her there was money in his car. The woman then shot the plaintiff twice–once in each leg–to “prevent him from following her as she went to his car to retrieve the money,” according to court records. After the woman searched the car and the plaintiff, she escaped in a vehicle driven by another man.

In rejecting these arguments, the Court of Appeals explained the defendant owed the plaintiff no duty of care under these circumstances. Although there are some cases where a business owner may have a duty to protect patrons from criminal acts occurring on the owner’s premises, that does not extend to “criminal acts occurring off the defendant’s property.” Given the plaintiff did not dispute he was shot on a public street, the Court held he had no basis to hold the apartment complex owner liable for his injuries.

Following any type of accident–or in cases like the one above, an intentional criminal act that causes serious bodily injury–you understandably want to hold someone accountable. But establishing legal liability requires more than pointing fingers. It requires working with experienced Clinton personal injury lawyers who understand the law and know how to apply it to your situation. Contact the offices of Fox, Farley, Willis & Burnette, Attorneys at Law, if you need legal advice following an accident today.