Is a Business Liable for Negligent Acts Committed by Its Subcontractors? 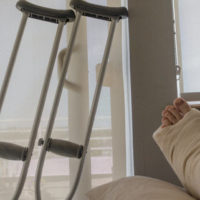 One of the key principles of Tennessee personal injury law is that a “principal” is legally liable for the negligent acts of their “agent.” For example, if a salesperson is traveling to visit a customer in her company-owned car, runs a red light, and plows into a minivan, the latter vehicle’s occupants can sue the salesperson’s employer for damages. This is because the salesperson was an “agent” of the employer (the “principal”). More importantly, the agent was “acting on the principal’s business and acting within the scope of her employment” when the accident occurred.

It is more difficult to establish an employer’s liability, however, if the alleged agent is classified as an “independent contractor” rather than an employee. In many cases, a business is not responsible for the acts of third parties–or the third party’s employees–who are contracted to perform certain services for the company. Of course, the third party may still be responsible for the actions of its own employees.

A recent decision by the Tennessee Court of Appeals, Mack v. Comcast Corporation, illustrates the complexity of sorting out agency relationships. This case arose from an unusual set of circumstances. The plaintiffs are a married couple living in Shelby County. They allegedly failed to pay their Internet service bill. This prompted an attempt to “retrieve a modem” allegedly owned by the local Internet provider, a subsidiary of Comcast, after the company disconnected the plaintiffs’ service.

The plaintiffs sued a number of Comcast-affiliated entities, citing personal injury claims related to “criminal trespass, assault, battery, false arrest, malicious prosecution, intentional infliction of emotional distress, and civil conspiracy.” The Comcast entities moved for summary judgment in their favor, alleging the undisputed evidence showed the subcontractor whose actions prompted the confrontation at the plaintiffs’ home was not their “agent.”

The courts agreed. As the Court of Appeals explained, the business manager for the third-party company submitted an affidavit explaining in detail the relationship between her firm and Comcast. Essentially, the third party had “full discretion in how it went about conducting equipment retrieval efforts” and in turn it granted individual subcontractors the right to “organize and operate their retrieval effort as they saw fit.” Indeed, the plaintiffs’ own court filings acknowledged the individuals responsible for their alleged injuries were working as “independent contractors” at the time. Given this, there was no legal basis to hold Comcast or its subsidiaries liable for any injuries sustained by the plaintiffs.

Get Help from a Tennessee Personal Injury Lawyer

Sorting out who is responsible for a specific personal injury claim often requires a good deal of pre-trial investigation. This is why it is important to work with an experienced Knoxville personal injury attorney who can offer you professional advice and assistance. If you have been injured due to someone else’s negligence, contact the offices of Fox, Farley, Willis & Burnette, Attorneys at Law, today.