Injuries From Foreign Objects In Your Food 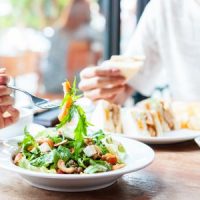 There are really two kinds of foreign object cases or situations.

The first involves the touching or tasting of something that is considered to be inedible, gross, or unsanitary, but which doesn’t actually cause any physical harm. For example, finding bugs in food may be unsettling and nauseating, but there’s a low likelihood that it will cause any type of injury.

The other type of foreign object case, is where an object in our food does cause harm, either because it is a harmful substance, or an unexpected substance that injures us when we bite down.

The first kind of foreign object case can be problematic when it comes to proving damages, because the injury is the mental and emotional repulsion at having put something “gross” or “dirty” into our mouths. In many cases, courts will not consider these cases, unless there is some kind of physical injury that accompanies the mental or emotional trauma.

There can be some exceptions, such as when the object is so vile, or so repulsive, that it would be shocking enough to warrant an award of emotional damages.

In the second scenario there is an object that actually causes damage. The object itself doesn’t have to be dangerous.

For example, if there is a hard seed inside of tuna fish, the seed itself isn’t dangerous to our bodies. However, the object is unexpected, and when we bite down, biting on the sudden, hard and unexpected object can cause teeth to chip or other damage to our mouths.

Then, there are the cases where something in the food itself can be dangerous, such as poison, or blood, or some other substance or chemical that causes problems.

What to Do if You Encounter a Foreign Object

If you encounter something in your food that isn’t supposed to be there, your natural reaction may be to throw it away, or spit it into the garbage. Try not to do that. Try to preserve as much of the food as you can—the foreign object, the food container, or the rest of the uneaten food. You should also try to keep proof of the purchase of the food, such as a receipt or a c4edit card receipt, if the food was already paid for.