Injuries Can Take Time to Reveal Themselves 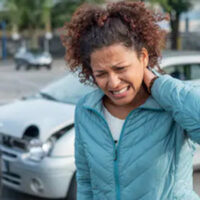 When you are injured in an accident, you will know exactly what is injured, and what part of your body needs treatment immediately. Likewise, whatever doesn’t hurt right after an accident must be fine. At least, that’s the common thinking. But it’s false, and believing it can end up injuring you even worse.

Many parts of our bodies that are injured in accidents may not hurt until hours, or sometimes days after the accident. For example, many victims who sustain an injury to the head refuse medical treatment immediately after an accident. They may be able to speak and think clearly.

But sometimes, the brain has suffered a slow bleed. As time goes on, that bleed gets worse, putting pressure on the brain. By the time symptoms are recognized, the bleed can get so bad that it causes death.

Death is a dramatic and severe result, but it illustrates the point that many injuries aren’t obvious at the time of the accident. Sometimes that’s just because the swelling that occurs in the body takes time, and sometimes it’s just because of adrenaline after an accident conceals pain.

Refusing Treatment May Not be a Good Idea

Many people after car accidents refuse medical care. They go home, and carry on their regular activities. Hours, or sometimes the day after, they may realize pain in places they’ve never had pain before, as the swelling gets worse (something that happens often with back and neck injuries)

Often, unaware that there is an injury at all, activities after an accident can make an injury worse. For example, someone with a rotator cuff injury who feels relatively OK after an accident may go home and use their shoulder for regular activity. Little do they know they’re turning what may have been a minor injury into something much worse.

In some cases, we are aware that we’re injured—but we don’t recognize all the places we’re injured. For example, we may have immediate pain in our back after an accident. That may distract us from the fact our ankle or our shoulder hurts as well. It is important to take a full inventory of pain, swelling or lack of range of motion after an accident and days afterward.

Don’t assume that emergency rescuers or emergency paramedics treat your injuries; they are there to sustain you and keep you stable. Being “cleared” even by emergency room doctors does not mean you are not injured, it just means that your injuries, if any, are not immediate or require immediate medical care. In fact, the emergency room may not even do all the scans or diagnostic tests that your treating physicians will do later on, meaning that an “all clear” immediately after the accident does not mean you are not injured at all.

Call the Clinton personal injury attorneys at Fox, Farley, Willis & Burnette, today if you are injured in any kind of accident.