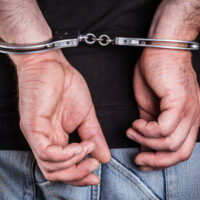 Cumberland County, TN (January 23, 2021) Law enforcement in Cumberland County responded to a vehicle crash in the 900 block of Plateau Road late on January 23rd. The driver in the accident was found in the vehicle and was fortunately not injured. Law enforcement later determined that the driver’s license was revoked from a previous driving under the influence conviction. The driver allegedly told law enforcement that he slid off the road after running into an ice patch but no evidence of slippery roads was found. The driver later failed a field sobriety test and a search revealed a substance that was determined to be meth. The driver was later arrested for manufacture, sale and delivery of meth, driving under the influence, and violation of the implied consent law.

If you or a loved one has been impacted by an accident caused by a driver who was operating a vehicle under the influence of alcohol or drugs, you can end up facing countless complications that make it difficult to return to how life was before the accident. Contact Fox, Farley, Willis & Burnette today to schedule a free case evaluation.