How the Statute of Repose Can Defeat Your Personal Injury Lawsuit 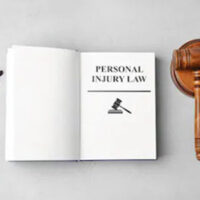 Before filing any type of personal injury lawsuit in Tennessee, you need to be aware of two critical deadlines: the statute of limitations and the statute of repose. To illustrate how the two differ, let’s take a medical malpractice lawsuit. In Tennessee, there is a one-year statute of limitations for such claims. This means that the victim must sue their healthcare provider within one year of the act of malpractice.

However, depending on the facts of the case, this one-year clock may not actually start to run until the victim discovers that malpractice occurred. Indeed, in many malpractice cases, a doctor or hospital’s negligence is not immediately discovered. For that reason, a court has some flexibility in tolling the statute of limitations based on when the victim discovered–or reasonably should have discovered–the problem.

TN Court of Appeals: No Exceptions to Statute of Repose for Minors, Mentally Incompetent Plaintiffs

But what if the victim does not discover the problem until years–or even decades–after the fact? In most cases, they are out of luck due to the statute of repose. We’ll use a recent decision from the Tennessee Court of Appeals, Cobble v. Erlanger, to illustrate this point.

The plaintiff in this case said that when he was 5 years old, the defendant treated him for a “high-grade fever.” But due to improper treatment, the plaintiff alleged he later developed permanent brain damage. The plaintiff therefore sued the defendant for medical malpractice under Tennessee law.

The problem was that these events occurred approximately 35 years ago. And Tennessee has a three-year statute of repose for medical malpractice claims. Unlike a statute of limitations, which can be tolled, a statute of repose sets an “absolute temporal bar.” In other words, once three years have passed since the alleged injury, there is nothing the victim can do to seek compensation in Tennessee’s courts.

The plaintiff here insisted the statute of repose should not apply, given that he was a child when the injury occurred and he continues to suffer from “mental incompetency.” But as the Court of Appeals explained, there are no exceptions to the statute of repose, at least under current Tennessee law. It is up to the legislature, not the judiciary, to make such exceptions.

Additionally, the appeals court noted that even if the plaintiff’s lawsuit was timely, it would still be dismissed, as he failed to comply with Tennessee’s requirement to provide the defendant with pre-suit notice of his claims. The plaintiff, who represented himself without an attorney, insisted this notice requirement was unconstitutional. But the Court declined to entertain that argument, as challenging the constitutionality of a state law also requires advance notice–in this case, to the state attorney general–which the plaintiff did not make.

Deadlines matter when it comes to any personal injury claim. All the evidence in the world will not save a lawsuit that is filed even one day past the applicable statute of limitations or statute of repose. That is why it is critical to engage the services of an experienced Clinton personal injury lawyer early in the process. If you have been injured due to someone else’s negligence, contact the offices of Fox, Farley, Willis & Burnette, today to schedule a free consultation with a member of our team.