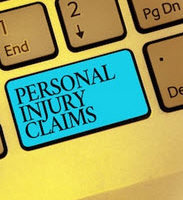 There are many car accidents where more than one party may be at fault. This is why Tennessee’s comparative fault rules require a jury to apportion liability among all responsible parties. This can pose a problem for a victim, however, if one or more of these parties are not actually part of the lawsuit–and may, in fact, be immune from liability under Tennessee law.

For example, in a recent decision by the Tennessee Court of Appeals, Green v. St. George’s Episcopal Church, a woman injured in a bus accident challenged a jury’s allocation of fault to a third party which was not a defendant in her actual personal injury lawsuit. The appeals court declined to disturb the verdict, however, and affirmed the jury’s findings.

Here is what happened. The plaintiff belonged to a church, which is the defendant in this case. The church sponsored an outing to a nearby farm and provided bus transportation. While riding on the bus, the plaintiff sustained injuries when the bus crossed over two “drainage berms” on the farm’s gravel driveway, suddenly jolting the plaintiff out of her seat. She subsequently sued the church for damages.

In response, the church alleged comparative fault on behalf of the company that managed the farm. The plaintiff did not name the farm as a defendant. Instead, she asked the judge to issue summary judgment on the comparative fault question, noting that the farm was immune from lawsuit under Tennessee’s agritourism statute. Briefly, this law states that under certain circumstances, an”agritourism professional”–that is to say, farms open to the general public for “recreational, entertainment, or educational purposes”–is not liable for any injury or death sustained by a participant “solely from the inherent risks of agritourism activities.”

The judge denied summary judgment, but instructed the parties not to mention the farm’s potential immunity, although they could present evidence regarding whether or not the farm actually complied with the statute. However, the judge later rejected the plaintiff’s proposed verdict form on this question and decided the plaintiff could not argue the farm was at fault due to its compliance with the statute. This meant the jury could allocate comparative fault to the farm, which it did, ultimately finding the farm was 85 percent responsible for the plaintiff’s injuries, and the church just 15 percent.

The Court of Appeals noted that nothing in the agritourism law prevents a jury from allocating fault in a personal injury claim. In other words, the law “provides immunity from liability, not immunity from fault.” The trial judge therefore did nothing wrong in allowing the jury to allocate the majority of the fault to the non-party farm, even though the plaintiff could not collect any damages from it.

Even simple personal injury claims can raise complicated legal questions, especially when multiple parties may be at-fault. This is why it is critical to work with an experienced Nashville personal injury lawyer who can fully investigate and build your case. Contact the offices of Fox, Farley, Willis & Burnette, Attorneys at Law, if you have been injured in a car accident and need legal advice right away.