How Do Lane Change Accidents Happen? 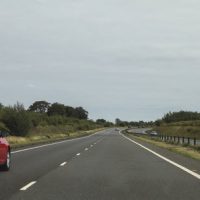 When you think of a car accident you probably think of a car that hits you from the side, or straight on, or a rear end accident. But lane change accidents are just as common, and in some cases can also be just as dangerous.

Lane change accidents can happen in a number of ways. Sometimes someone just drives carelessly, trying to change lanes without looking or while distracted doing something else. Drivers may try to look out into other lanes, but many drivers will actually start changing lanes, before they have even verified that the lane next to them is actually clear.

Sometimes road conditions are poor, but drivers are going too fast. A car can easily veer out of its lane because of wet or snowy roads.

Why Are They Dangerous?

With many other kinds of car accidents, there is at least the chance of a low speed impact. For example, in a rear end accident, a car may be in the process of slowing down before hitting the car in front of it. But with a lane change accident, cars, both going the same speed, and neither anticipating or having to actually stop, may be going at a very high rate of speed.

Combine the danger of cars colliding at high speeds with the risk of overcorrection—a driver who fears that a lane change accident is imminent may actually drastically veer the car into the opposite direction, leading the car into other oncoming traffic or off of the road completely.

The National Highway Traffic Safety Administration (NHTSA) estimated that most lane change accidents happen when a vehicle intentionally tries to change lanes but does so without looking. The second most common scenario happens, according to the NHTSA, when cars going the same direction try to make a turn, and one turning car goes into the lane of another turning car. This often happens when two lanes turn left or right and someone doesn’t remain inside their designated lane.

Light vehicles, such as our cars, were the vehicles most likely to be involved in lane change accidents, followed by trucks.

It can often prove difficult to determine who is liable for a lane change accident after the fact, where both drivers dispute what happened. Unlike a left turn accident or a rear end accident, where the location of damage on a car can give some indication of who did what and thus who may be at fault, in a lane change accident, where damage can be to the sides of both cars, it is easy to have a situation where two drivers blame each other for improperly changing lanes.

Call the Clinton personal injury attorneys at Fox Willis Burnette, PLLC, for help today if you are involved in any kind of car accident.