How Comparative Fault Can Affect Your Personal Injury Award 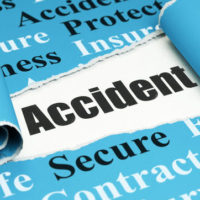 Comparative fault is a critical concept in a Knoxville personal injury case. The basic idea is simple enough. A court must determine the relative fault of the plaintiff, if any, and reduce his or her damage award accordingly. But under no circumstances can a plaintiff recover if their comparative fault was equal to or greater than that of the defendants. In other words, the plaintiff takes home nothing if he or she was at least 50 percent responsible for the accident.

But how do Knoxville-area judges and juries actually assess comparative fault in a given personal injury case? In a 1994 decision the Tennessee Supreme Court spelled out six factors that need to be considered. We can briefly restate those factors, as they pertain to a plaintiff, as follows:

Obviously, these are not scientific tests. One cannot quantify comparative fault with a spreadsheet. Instead, the judge or jury must assess the credibility of the witnesses and any expert testimony available regarding the hazardous condition that caused the accident.

Here is an example from a recent Tennessee Court of Appeals decision. In this case, the plaintiff sued the Metropolitan Government of Nashville and Davidson County after he was injured at city-owned trash disposal facility. The plaintiff had been to the facility many times before, but on the day in question an employee directed him to use a bin in an area that he had not previously visited.

The plaintiff drove his truck onto an elevated platform and right next to a 26-inch concrete barrier. Although there were general warning signs around the barrier, it did not specifically warn of the presence of several 15-inch long drainage cuts in the barrier itself. The plaintiff accidentally stepped into one of these cuts, causing him to “hit air” and fall five feet, injuring his left arm.

The case was tried before a judge without a jury. Metro argued the plaintiff was at least 50 percent at fault, essentially for failing to watch where he was going. But the judge, crediting the testimony of the plaintiff and his safety engineering expert, held the plaintiff was only 20 percent at-fault. The judge noted the plaintiff was not “personally aware” of the drainage cuts, having never used this particular walkway before, and that the hazard itself “was not open and obvious.”

The judge calculated the plaintiff’s damages at $210,000. After reducing that amount to 20 percent to account for the plaintiff’s comparative fault, the final award was $168,000. Metro appealed the judge’s decision–continuing to maintain the plaintiff was at least 50 percent responsible–but the Court of Appeals declined to disturb the verdict.

Defendants often allege the plaintiff’s comparative fault in an effort to avoid paying any damages arising from their own negligence. Having an experienced Knoxville personal injury lawyer by your side can help protect you against such defense tactics. Contact the offices of Fox, Farley, Willis & Burnette, Attorneys at Law, if you have been in an accident and require immediate assistance.