How Are Future Lost Wages Calculated In A Personal Injury Claim? 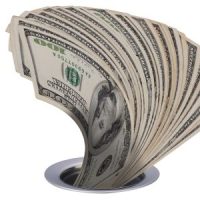 When we talk about the kinds of injuries or damages that are awardable in a personal injury case, many people focus on the now, and the today—or at least, on the past. That makes sense—you have medical bills, expenses, lost wages, and of course, the pain and suffering you have endured as a result of the accident.

But what about the future? Specifically, what about lost wages? If your injury is serious enough, there is a good chance it could affect or alter your ability to work, or at least to make as much money as you once did. Those changes could be forever, depending on your injury and the type of work that you did.

That’s why the law allows injury victims to recover future lost wages, and why they are an important part of any personal injury claim. Because we are talking about future lost wages, we have to look into the future, the best that we can. Some questions that attorneys will ask clients to evaluate whether they have a future lost wage claim may be:

When we look at future lost wages, we are asking a few questions:

Lost wage claims have to be tangible—that is, based on numbers and figures, for a jury to calculate an award. But if they can be demonstrated, future lost wages can be an important part of a personal injury claim.

We can help you recover the damages you have sustained in an accident. Call the Clinton personal injury attorneys at Fox Willis Burnette, PLLC, today for help.