Hot Tub Injuries Are Real, And Can Be Very Serious 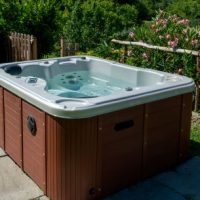 What could be more relaxing than a dip in the hot tub? Like so many leisure activities, fun can turn to danger if you aren’t careful. And whether because of a blissful desire to overlook the dangers or because of a lack of media coverage, hot tub dangers and injuries are not something the general public is often aware of.

According to a 2009 New York Times article, between 1990-2007, about 80,000 people were injured in hot tubs. Yes, drowning is a danger as it is with most pools, but hot tubs also present certain risks that are unique to the hot tub.

One such danger includes the thing that makes the hot tub so desirable in the first place—the heat. In 10% of the accidents, overheating caused people to seek medical help. Overheating can be especially dangerous in cold weather where you may not even be aware how hot your internal body temperature is getting.

Experts say to limit hot tub exposure to no more than 15 minutes at a time, keeping the temperature under 104 degrees. However, there is little guidance for what is safe for kids, so be ready to lower both the time and temperature when young people use the hot tub.

Hot tubs can also be a breeding ground for disease, given their warm, moist temperatures, which tend to break down or minimize the effects of chlorine.

Legionnaires disease is common as it lives in the water droplets that come off the water in a hot tub. Those droplets are easily inhaled and the result can be serious, flu-like symptoms.

Urinary tract Infections are also common from the bacteria that live in the warm water of hot tubs that are not properly and routinely cleaned.

Routine cleaning and disinfecting can help reduce disease transmission but many commercial hot tubs may not clean the tub as often as it should be cleaned.

Most hot tubs have drains, and drains by nature have suction to them. We have become somewhat aware of the dangers of suction drains on pools but people aren’t nearly as aware that the same drains exist on hot tubs.

There are numerous incidents of people, many of them young children, who inadvertently sit on exposed drains (a problem not common in pools, where people tend not to sit on the drain, although limbs can be caught in pool drains). When people sit on drains the suction can pull out intestines and organs, (called disembowelment) and they have done so on numerous occasions in the past.

Some drains are so strong that multiple full grown men are unable to remove someone from the suction of a drain. Many states now have laws requiring protection from drains, and better hot tubs will have suction prevention systems, but not all do.

Call the Knoxville personal injury lawyers at Fox Willis Burnette, PLLC, today for help if you are injured in a hot tub or in any kind of leisure activity.