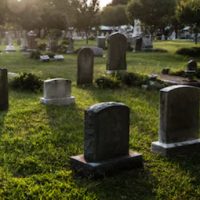 Although no personal injury case is easy or routine, it is certainly true that there are some kinds of cases that happen over and over again. Attorneys who practice personal injury law are probably used to handling car accidents, slip and falls, malpractice, or premises liability type cases. But every now and then, there’s a case that’s a little different. A Tennessee appeals court recently ruled on such a case.

The case involved a woman who was visiting a gravesite and placing flowers at the foot of a headstone. As she was doing that, the headstone actually fell on her hand, crushing it. She needed surgery, as bones in her hand were crushed.

She eventually sued the gravesite, saying that the headstone was negligently placed or maintained.

The gravesite opposed the lawsuit, saying that there was no indication that it had done anything to cause the headstone to fall, or that it had any role in any condition which had made the headstone unstable. It also argued that the accident was totally unforeseeable—in other words, what happened to the victim was not a risk that the site knew of, could anticipate, or had any reason to know it had to guard against.

The trial court agreed with the gravesite owner and dismissed the lawsuit on summary judgment, and the victim appealed.

For example, the victim had pointed to installation procedures used by the site, which may not have been safe, or routine. The victim pointed out that the compound used to place the headstone to the base of the monument was not the proper kind of compound.

An expert installer of gravesite monuments (yes, you can get an expert for anything) testified that the compound would not hold the headstone for long, and thus, the headstone falling was foreseeable. The victim even presented invoices for the site’s purchase of a certain putty used on the headstone, which the expert said was not appropriate for a headstone.

Although the case is factually unique, it does bring up something that every attorney in every personal injury case needs to be aware of: get the evidence early to develop your case. Obviously, for trial, all of the evidence needed should be present. But even before trial, it’s important to have an injury attorney that will get the information needed to allow the case to be heard by a jury in the first place.

Every injury case is unique. Make sure your attorneys are attentive to your situation. Call the Clinton personal injury attorneys at Fox Willis Burnette, PLLC, for help today if you are a victim in any kind of accident.