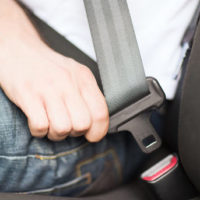 Although car and truck accidents are often the result of driver negligence, we should never overlook the dangers posed by the vehicles themselves. Each year the federal government oversees the recall of millions of cars and trucks after the manufacturer discloses–or is forced to acknowledge–a flaw in the vehicle’s design or production. Although the recall process itself is focused on correcting the problem, this often comes too late for the innocent people who have already been harmed.

Seat Belt Pretensioners May Cause Fires

On September 6, 2018, Ford issued a recall affecting nearly 2 million of its vehicles. More precisely, Ford disclosed a problem with the seat belt systems used in its F-150 Regular Cab and SuperCrew Cab trucks produced between 2015 and 2018 may cause the vehicle’s interior to catch fire. The vast majority of the affected trucks–over 1.6 million–were sold in the United States, with the remainder sold in Canada and Mexico.

In August 2018, Consumer Reports (CR) described the seat belt problem in greater detail. CR said an F-150 owner in Grand Rapids, Michigan, reported that following a collision between a deer and the side of her truck, a fire started “at the bottom of one of the pillars between the front and rear door,” where the seat belt housing is located. The truck “went up in complete flames in a matter of minutes and [was] a total loss,” according to the owner, who filed a formal complaint with the National Highway Traffic Safety Administration (NHTSA).

As it turned out, the problem lied with the seat belt pretensioner. As described by CR, this is a system that works in conjunction with the F-150’s airbags to “tighten the belt and better hold its occupant in place” in the event of an accident. Like the airbag, the pretensioner system relies on an “explosive that’s triggered by crash forces.” Unfortunately, this explosive can also cause fires in the vehicle. Altogether, Ford admitted there were nearly two dozen reports of “smoke or fire” caused by seat belt pretensioners in the U.S. and Canada, although the company maintained there were no “injuries or accidents associated with the defect.”

The recall itself is scheduled to begin in late September. Owners should bring an affected vehicle to their Ford dealer, who will remove flammable insulation material from their trucks and effect other repairs intended to prevent fires. In the meantime, CR cited automotive safety experts who cautioned F-150 owners and passengers to continue using seat belts in spite of this defect.

Get Advice from a Tennessee Truck Accident Lawyer

A recall does not absolve an automobile manufacturer if their mistakes injure or kill innocent people. If you have sustained injuries as the result of this or any other defective car or truck, you have the legal right to seek compensation. Contact the qualified Knoxville truck accident attorneys at Fox, Farley, Willis & Burnette today to schedule a free, no-obligation consultation with a member of our legal team.