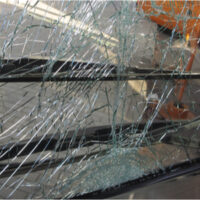 Greene County, TN (February 18, 2021) One man was killed while three other individuals were injured following a school bus crash in Green County on February 18th. The Tennessee Highway Patrol reports that a van driver who was involved in the crash is the individual who lost his life. Meanwhile, the school bus driver was taken to a nearby hospital with injuries. One of the two children in the crash who is four years old is also reportedly injured, as is an aide who was traveling on the bus.

The Tennessee Highway Patrol reports that the bus was turning and failed to yield to the right of way of a truck. The bus then struck the truck which caused the truck to collide with the van. The bus then pushed both vehicles off the road. The van rolled over at this point and landed on its top.

A 2010 study from the University of Michigan that examined data from 1999 to 2005 found that on average, approximately 63,000 buses of all kinds are involved in accidents. These crashes result in approximately 14,000 accidents each year and 325 fatalities.

Do Not Hesitate to Speak with an Experienced Car Crash Lawyer

When Tennessee car crashes occur, victims should remember that they have a right to pursue compensation. One of the best steps to take in obtaining the results they deserve is to speak with an experienced car crash attorney. At Fox, Farley, Willis & Burnette, we remain committed to fighting for the results that victims deserve. Contact our law office today to schedule a free case evaluation.