Exactech Implant Recalls May Affect You 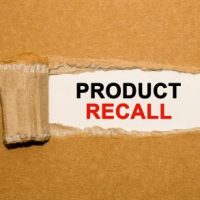 Exactech is a company that makes and manufactures inserts that are used for ankle, knee, or hip replacements. Its medical devices act as replacements for joints, and their devices often anchor bones together, such as their knee replacement device which anchors the femur and tibia. The devices were marketed with the promise that they preserve the surrounding bones, by minimizing the wear on the bones.

However, the company recently recalled some of its devices, and if you have gotten an implant recently, you may want to see if your device is an Exactech device. If so, you may be able to be part of a class action lawsuit.

The Exectech lawsuit is a product liability lawsuit, alleging that the inserts used in the medical devices, which are put inside the patient’s body as joint replacements, are defective. Specifically, the lawsuit alleges that parts of the inserts tend to degrade over time because of faulty packaging.

Because of the way the devices are packaged, oxygen can reach the insides of the inserts. This isn’t supposed to happen—normally, the packaging for the inserts is vacuum-sealed, so that there isn’t oxygen exposure, called oxidation.  But the company has now revealed that some packaging may have been defective, allowing oxygen into the device, and thus, starting the implant’s degradation process even before the insert is placed into the body.

Why Is the Defect Dangerous?

When exposure to the air happens, the plastic inserts can start to degrade. This means two things: (1) that the device will fail earlier than it should, necessitating follow up surgery, and (2) that the degradation can allow dangerous chemicals to seep into the body.

Once the plastic breaks down after prolonged exposure to oxygen, bones surrounding the inserts can fracture, crack or degrade. The patient can ultimately be left worse off than he or she was before the surgery.

Some patients may experience bone tissue loss, and follow up, revision surgery may ultimately be needed. Many patients may just experience severe pain as the devices break down, without even knowing why they are having the pain. Unfortunately, for elderly patients who received these defective devices, many are considered high-risk for any surgery, making the necessary follow up revision surgery all the more dangerous.

It is estimated that over 140,000 of these devices were inserted by surgeons into patients, since 2004.

You can ask your doctor if the implant you received was an Exactech device. A consultation may be needed, to assess the level of degradation, and assess your need for follow up surgery. Because the company made a multitude of devices that acted as inserts and replacements for multiple body parts, you should ask your physician about whether you had an Exactech product inserted, no matter where you had your insert or implant placed.

Call the Clinton personal injury lawyers at Fox Farley Willis & Burnette, PLLC, if you have had an implant that you are concerned may be defective, or causing you pain or problems.