Estimated Agricultural Use Of Paraquat 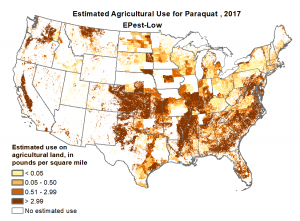