Driver Traveling in the Wrong Direction on Interstate 24 Causes Catastrophe 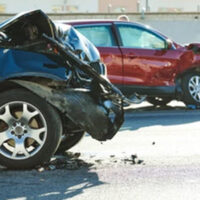 Murfreesboro, TN (March 10, 2021) A driver was heading the wrong way off of Interstate and caused several crashes before ending up in a head-on collision. Tennessee has already registered 716 head-on collisions this year. Many of these accidents occurred in Davison County, where 188 crashes occurred.

One driver on the highway at the time narrowly avoided adding another head-on collision. This driver, who was traveling back from Nashville, saw the driver next to him (mentioned above) enter the wrong side of the road. The Tennessee Highway Patrol reports that the driver was traveling westbound in the eastbound lanes before crashing. The Tennessee Highway Patrol reports that no one was injured in the crash, but the primary driver who caused the crash now faces a driving under the influence charge.

The Federal Highway Administration has found that wrong way driving crashes result in 300 to 400 people killed each year on average, which represents approximately 1 percent of the total number of traffic related fatalities that occur annually.

Some of the best ways to avoid wrong way drivers is to anticipate what’s ahead, to exercise elevated caution at night and on the weekends, to drive in the lane, to avoid distractions, and to call emergency services if you spot a driver headed in the wrong direction.

If you or a loved one has been injured in a Tennessee car crash, you should not hesitate to speak with an experienced attorney. Contact Fox, Farley, Willis & Burnette today for assistance. We won’t stop until the person who caused your crash is held accountable.