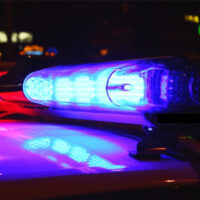 Knoxville, TN (December 2, 2020) A man crashed a stolen vehicle into a police car on the evening of November 2nd. Law enforcement then chased the man through the West Knoxville woods. Knoxville law enforcement reports that a call  was received from someone who spotted the vehicle and a result began following the vehicle on Interstate 40 west.

The Federal Bureau of Investigation (FBI) reports that approximately 773,139 thefts of motor vehicles occurred nationwide in 2017. Many of these vehicles ended up getting into accidents, which create challenging legal situations.

Obtain the Services of a Seasoned Car Accident Attorney