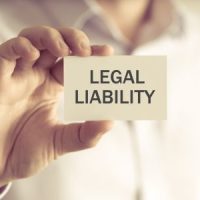 Someone who trespasses is thought of as breaking the law. We don’t think that someone who breaks the law can recover for damages that they suffer on someone else’s property and that’s generally true. But that’s not completely true when someone is a trespasser.

Can Trespassers Sue for Injuries?

It is true that Tennessee, like many other states, doesn’t allow someone who enters onto your property without permission, to sue for injuries that they may sustain on your property. Certainly businesses, homeowners and landowners can’t anticipate and protect people who aren’t legally supposed to be on their property.

The one duty that a property owner generally has to trespassers is that the landowner can’t do anything that would intentionally injure a trespasser, or which would be so reckless as to be the same thing as an intentional act.

For example, a property owner couldn’t prop up a gun, pointed at the door, with the gun booby-trapped to shoot when a trespasser walks into the property or on the property.

But whether a trespasser can recover for injuries is a bit more complex than this. Because sometimes it isn’t so easy to determine who a trespasser is, and sometimes businesses will even let people trespass on their property.

For example, imagine a store owner who knows that people tend to walk past his store to get to the local ball field. These people are really trespassing—they aren’t there to do any business with the store. But the store owner allows this, because sometimes people do come in and buy something.

Imagine a business that has a parking lot, and knows that kids use the back lot to smoke. They aren’t doing any harm, and the business owner doesn’t want to make a scene out of it, so the owner just lets it happen.

These are all called known trespassers—they have no legal right to be there, but the property owner looks the other way. The law will often ask if a reasonable person would believe that they had legal permission to be on the property; if so, they are known trespassers.

Often, a business owner will owe a duty to a known trespasser. These trespassers often can sue for injuries that happen, even when they are on property where they aren’t supposed to be.

People can even transform from a welcome business customer or invitee, into a trespasser. Imagine a customer in a store, who has a question for an employee. Unable to find help, he or she walks into a back storage area, or goes behind a cash register or into a manager’s office, both areas the customer isn’t allowed to be. Now, that customer has gone from an invited customer or guest, into a trespasser.

Call the Clinton personal injury lawyers at Fox Farley Willis & Burnette, PLLC, today if you have been injured on someone else’s property.