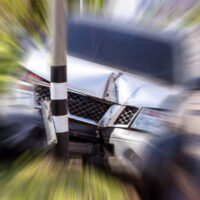 Crossville, TN (November 12, 2020) Crossville law enforcement and emergency workers responded to a single vehicle crash that occurred on November 10th shortly after sundown on Miller Bypass in Crossville close to Main Street. A report provided by law enforcement states that the driver crashed into a pole. Two bags of marijuana weighing approximately 10 grams were later discovered in the motorist’s vehicle. As a result of the accident, the motorist was later arrested for driving under the influence.

Many of us are familiar with the dangers presented from the combination of alcohol with motor vehicle operation. The site DrugTreatment.Com, however, recently analyzed data compiled from the National Highway Traffic Safety Administration regarding car crashes caused by all substances, which revealed some noteworthy findings. While fatal car accidents caused by drug use are still a common occurrence, these crashes are less common than those involving drunk drivers. Also, when it comes to the issue of motorists who test positive for drugs, marijuana is the substance most often involved in deadly car crashes. Also, while many motorists might think that the substance would keep motorists alert, substances are the second most commonly involved substance. As a result, motorists should understand that next time they decide to drive home after drinking or taking drugs, even though a person might be sober, it still doesn’t mean that they are in a safe position to drive.

If you or a loved one has been impacted by an accident caused by an intoxicated motorist, you should not hesitate to speak with a knowledgeable attorney. Contact Fox, Farley, Willis & Burnette today to schedule a free case evaluation.