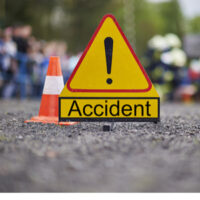 Knox County, TN (April 6, 202021) Multiple law enforcement workers responded to a crash involving injuries and that led to the closure of the interstate for a period of time. According to Rural Metro Fire, Knox County Rescue, and Knoxville Fire, the single-vehicle crash occurred on Interstate 75 southbound slightly north of Emory Road. As a result of the crash, one person was ejected from a vehicle. This person was subsequently transported to a nearby trauma center with seemingly critical injuries. Rural Metro also reports that Interstate 75 southbound was temporarily closed as a result of the accident. Due to the accident, Rural Metro Fire also recommended that drivers follow some critical safety precautions including slowing down, wearing a seatbelt, and never driving distracted.

Among the fatal crashes that occurred in 2017, approximately 83 percent of passenger vehicle occupants who were totally ejected from vehicles were killed. Remember as a motorist, there are several things you can do to avoid the risk of an ejection. For one, drivers should always make sure to wear seatbelts. It’s also a good idea to proceed slowly while navigating turns.

Let a Knoxville Personal Injury Lawyer Fight for You

If you or a loved one has been injured in a Knoxville crash and someone else is responsible, it’s important to remember that you have rights as a victim including the ability to pursue compensation. Do not hesitate to contact Fox, Farley, Willis & Burnette today to schedule a free case evaluation.