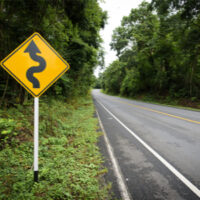 Cumberland County, TN (November 17, 2020) A car crash occurred on the 700 block of Dunbar Road on the morning of November 17th. Drivers are advised to exercise caution while passing through the area. A report of the crash has not yet been released, but Dunbar Road is located in a rural area. It remains uncertain whether anyone was injured or killed in the crash and among other factors, the number of vehicles in the collision have not yet been identified.

The National Conference of State Legislatures reports that rural roads carry less than half of America’s traffic, but represent more than half of the country’s vehicular deaths. In 2015, rural areas are reported to have represented 53 percent of deadly crashes and 54 percent of fatalities. Some of the factors that commonly contribute to deaths on rural roads include human behavior, road environment, and delayed medical care. As a result, Tennessee drivers should realize that while rural roads might not be as fast paced as urban roads, accidents are still a common occurrence in these locations and caution must be exercised.

Obtain the Services of a Skilled Tennessee Accident Attorney

In a few brief seconds, Tennessee car crashes can change the lives of accident victims. In the aftermath, victims are often overcome with anxiety and fear among other emotions, which can make it difficult to determine how to best proceed. One of the critical steps to take in such a situation is to promptly hire a compassionate personal injury lawyer. At Fox, Farley, Willis & Burnette, we understand the challenges often faced by car crash victims and remain committed to fighting for the results that they deserve. Contact us today for assistance.