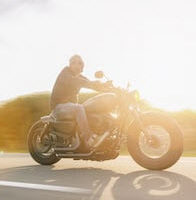 A personal injury case must be rooted in the defendant’s failure to meet a “duty of care” owed to the plaintiff. For example, all motorists owe a duty of care to the other drivers on the road to obey traffic laws and not drive in a reckless manner. But establishing a duty of care may be more difficult when it comes to the possible negligence of third parties.

Does a Truck Stop Have a Legal Duty to Post Accurate Signage?

Consider this recent decision by the Tennessee Court of Appeals, *Mershon v. HPT TA Properties Trust. This case arises from a fatal motorcycle accident that claimed the life of the plaintiff’s husband. He was riding his motorcycle southbound on a road in Franklin. Another driver, who was operating a sport-utility vehicle, was traveling northbound on the same road. The SUV driver made a left turn to enter a truck stop, and in doing so collided with the victim’s motorcycle. The victim soon went into cardiac arrest and died.

The plaintiff, acting on behalf of herself and her children, filed a wrongful death lawsuit, naming not only the SUV driver, but also the owner and operator of the truck stop. With respect to the latter, the plaintiff alleged the truck stop defendants were negligent in their failure to display proper signage. The SUV driver had actually been turning into an entrance only meant for semi-trucks, not passenger vehicles. The plaintiff’s lawsuit noted that passenger vehicles traveling north “had limited visibility” of the traffic in the opposite direction “due to a hill that crests a short distance ahead.” This also obstructed the view of the sign directing passenger vehicles, like the co-defendant’s SUV, to the correct entrance.

The truck stop defendants moved to dismiss, arguing they did not owe a duty of care “to the traveling public to provide signs directing drivers into or out of its truck stop.” In effect, the defense maintained that since the accident itself happened on a public highway, it could not be held liable. The trial court agreed with that reasoning and granted the motion to dismiss.

But the Court of Appeals reversed and returned the case to the trial court for further proceedings. As the appeals court read the situation, the trial court saw the hazardous condition as the topography of the road itself, which the truck stop defendants were clearly not responsible for. Yet the plaintiff’s lawsuit alleged the hazardous condition was the defendants’ “failure to place prominent and clearly visible signage at the truck only entrance.” The Court of Appeals said this allegation was “sufficient,” at least at this stage of the case, to allow the plaintiff to proceed. Ultimately, it will be up to the trial court to decide whether the defendants owed a legal duty of care under these circumstances.

Motorcycle accident cases often raise complex factual and legal issues. An experienced Clinton personal injury lawyer can assist you in building the strongest case possible going into court. Contact the offices of Fox, Farley, Willis & Burnette, Attorneys at Law, if you or a family member have been seriously injured in an accident and require immediate legal assistance.