Could You Be Accused Of Destroying Evidence? 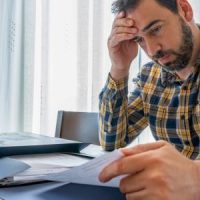 You Don’t Want to be Accused of Destroying Evidence

However, any repair that you do to your car, is depriving the defendant of the opportunity to evaluate the damage to your vehicle, and you could be accused of destroying evidence. You also could be preventing your own expert witnesses from reviewing important evidence in your case.

When you have a personal injury attorney, you will know exactly what you can and cannot do, in order to avoid getting into legal trouble later on.