Compromise Is Great – But Not If You’re On A Jury 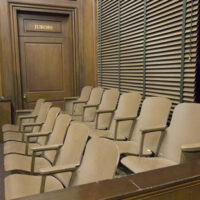 What’s Wrong With Making a Deal?

What is not fine is believing that the evidence shows X, but then voting Y, simply to “meet in the middle” with other jurors. When a juror compromises, he or she is not basing his or her decision on the evidence in the case and the facts presented. Rather, the verdict is a product of negotiation between other jurors.

Juror A found liability, even though he or she didn’t believe that to be shown by the evidence. Likewise, every other juror limited damages based on the compromise, and not on the actual evidence presented in the case.

Just as compromise verdicts are not allowed, and can be thrown out so too are “gambling verdicts” prohibited. A gabling verdict is one where a jury agrees in advance of deliberations, to be bound by an average. For example, if jurors were to say that they will all write down how much the victim should receive, take the total, and average it. This is a predetermined decision, based on a math formula—not on each juror’s own impressions of the evidence presented.

Although juror deliberations are private, Tennessee law does allow jurors to be questioned as to how they arrived at their verdict, and whether there was any outside influence, including whether an averaging system or math formula was used to come to the verdict.

Call the Clinton personal injury attorneys at Fox Willis Burnette, PLLC, for help. We take injury cases all the way to trial, if needed.