Comparative Fault: Why the Personal Injury Victim Is Also on Trial 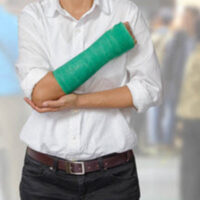 When you file a personal injury lawsuit, you need to recognize that your own actions may become an issue at trial. Tennessee follows what is known as a “modified comparative fault” rule in personal injury cases. This means that a jury will apportion fault for an accident among all of the relevant parties, including the plaintiff. And if the jury decides the plaintiff’s comparative fault was 50 percent or greater, then they will recover nothing in damages from the defendant.

A recent decision from the Tennessee Court of Appeals, Golden v. Powers, illustrates how this rule works in practice. This case involves a woman from Miami (the plaintiff) who was vacationing in Hawkins County, Tennessee. One morning, the plaintiff went jogging while it was still dark out. Specifically, the plaintiff jogged along the right side of Highway 70.

The plaintiff began to cross the highway. As she did, she noticed a car heading towards her in the northbound lane. The plaintiff slowed down her job to allow this car to pass–but in doing so, she was struck by another vehicle driving in the southbound lane. As a result of this impact, the plaintiff sustained broken legs and other serious injuries that “confined her to a wheelchair for a number of months.”

The plaintiff subsequently filed a personal injury lawsuit in Hawkins County Circuit Court against the driver who hit her. The case proceeded to a jury trial. During opening arguments, the defendant’s attorney suggested the plaintiff’s “poor choices” led to the accident and that jurors should not “punish” the defendant.

The jury ultimately allocated fault for the accident at 80 percent to the plaintiff, and 20 percent to the defendant. As a result, the plaintiff could recover nothing in damages under Tennessee’s modified comparative fault rule. The plaintiff asked the judge to order a new trial, arguing the jury’s verdict was against the weight of the evidence. The judge declined to do so, noting among other things that based her own testimony, the plaintiff had “attempted to cross the road without looking both ways and did not transverse in a crosswalk or intersection. Nor did the plaintiff wear “reflective” clothing or lights despite choosing to jog on an unfamiliar highway in the dark.

The plaintiff appealed, but the Court of Appeals also declined to second-guess the jury’s verdict. The appeals court noted there was ample evidence supporting the verdict. The court further rejected the plaintiff’s allegations that the jury was biased against her as an “out-of-towner.” And while it was “inappropriate” for the defense attorney to use the word “punish” in his opening statement–this was not a case where the plaintiff asked for punitive damages–the trial judge promptly instructed the jury to disregard the comment.

Even as the plaintiff in a personal injury case, you may still need to defend your own actions at trial. This is why it is so important to work with an experienced Clinton personal injury attorney who can assist you in presenting the strongest case possible to a jury. So if you have been injured in an accident, contact the offices of Fox, Farley, Willis & Burnette, today to schedule a free consultation with a member of our team.