Coefficient Of Friction In Slip And Fall Cases 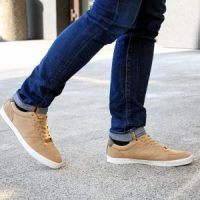 Many of us know what friction is. But you may not be aware how it plays into a personal injury case. Friction—specifically the friction between your shoes and the ground—can be a major issue in a  personal injury slip and fall case.

Simply put, friction, or coefficient of friction, as it is called mathematically, calculates how surfaces slide over each other, or the force required to move one surface over another surface. In practice, this means the force that’s needed to make a shoe slide on a given surface.

There is an almost unending combination of surfaces that can slide on each other, as well as an unending number of materials like water, ice, or other substances, that can raise or lower the coefficient of friction, making a surface more or less dangerous.

What are Your Shoes and the Floor Made Of?

Often, property owners give little thought to what materials their driveways, parking lots, stairs, or interior floors are. So long as there isn’t water or a substance on them, they figure the floor is safe. But a property or business that maintains a floor that has an unreasonably low coefficient of friction, especially when combined with the elements like water or snow that can be brought in from visitors’ shoes, may not be maintaining  safe premises for guests to walk on.

Friction can also be altered by the condition of someone’s shoes. For example, friction with a normal tread sneaker may be high—sneakers are designed to be somewhat tactile and sticky. But that same sneaker, with a sole that’s been worn down to a flat surface, can have a low coefficient of friction.

This is often why, in slip and fall cases, experts will want to see or ask to see what shoes you were wearing. The defense is trying to see if you were wearing hoes that were inappropriate, worn down, or which should have been replaced.

But being overly slippery isn’t the only danger. Two surfaces that have a very high coefficient of friction can also be dangerous.

If you can imagine your shoe being so sticky, that it immediately “grabs” the ground under it just on the slightest contact, you can see how you could be prone to falling based on your shoe or foot sticking to the ground.

Call the Knoxville personal injury attorneys at Fox Willis Burnette, PLLC, today if you sustain any kind of injury in a slip and fall accident.