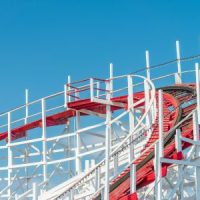 When it comes to amusement parks, you just never really know how safe the park you are at really is. In the case of one park, there were so many people injured on the rides and attractions, that it earned the nickname “Class Action Park,” and there was even a documentary made about it.

Deaths and Injuries in the Park

The documentary details how park designers threw away safety concerns to try to design rides that were more fun, more daring, and, in the end, riskier and more dangerous. The injuries suffered were not just those from the riders on rides, but from people in the park not on the rides, and employees, many who suffered electrocutions and drownings.

At one point, there were five deaths in the park over a span of seven years. The documentary notes that park owners had considerable influence and may have been able to use that influence and money, to allow the park to continue to operate.

While we tend to think of amusement parks as vigorously testing rides before they open to the public, Class Action park’s rides were tested on park employees. According to the documentary, one ride may not have been drawn up by structural engineers, but by the park owner on a napkin. According to some stories in the film, many employees left the ride with their teeth lodged in the ride’s padding.

The rides that were developed by engineers were often engineers with ideas that were too risky or dangerous for larger, more stable parks, like Disney World.

The film noted that the park often hired workers who were under age—as young as 14—and some were managers before they were done with high school.

One interesting point the film makes is the relationship between the park and the surrounding city. Emergency services surrounding the city eventually stopped responding to emergency calls in the park, as there were just too many (apparently, according to the film, about 50 to 100 calls every day the park was open). The park eventually purchased its own ambulances, which would take people to the hospital when needed.

Drowning was common also; the wave pool was called the “grave pool,” because so many people did drown in it, even though life guards were present.

Getting Around the Laws

There were laws in place requiring amusement parks to have insurance companies, but the owner apparently skirted those requirements by creating his own insurance company.

This was not a story of a park from 50 years ago, when requirements were lax, and when awareness about amusement park safety was low. This was the 80s and 90. Although the park is long gone (thankfully), it is a lesson: Just because a park looks large and stable and reputable, you just never know who is playing fast and loose with safety standards.

Call the Tennessee personal injury lawyers at Fox Farley Willis & Burnette, PLLC, today if you were injured in any way at a theme or amusement park.