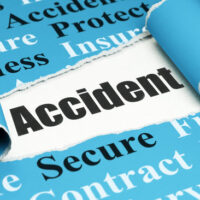 Blount County, TN (March 25, 2021) Two people in Blount County were killed around 3 in the morning on March 25th after the vehicle they were traveling in collided with a tree.

The accident occurred when a Nissan Vera almost struck a deputy’s vehicle while speeding on Morganton Road. The officer in the deputy vehicle was on patrol at the time. At the time of the crash, the Nissan’s driver was speeding with the lights in the vehicle on bright. The deputy tried to stop the vehicle, at which point it sped off. As a result, the deputy activated his emergency equipment and tried for around 5 miles to catch up with the Nissan’s driver. Then, while the Nissan’s driver approached railroad tracks on Hopewell Road, the vehicle became airborne and struck a tree in a yard on the right side of the road. Law enforcement tried to help people, but they were pronounced dead at the scene of the accident. Additional details about the crash are still under investigation.

The Insurance Institute for Highway Safety has found that 20 percent of motor vehicle crashes that resulted in fatalities involved vehicles that left the road and struck objects. Trees, like in this example, are one of the most commonly struck objects.

Obtain the Assistance of a Committed Tennessee Accident Lawyer

At Fox, Farley, Willis & Burnette, our lawyers understand the challenges often faced by accident victims and remain committed to fighting for the results they deserve. Contact our law office today to schedule a free case evaluation.