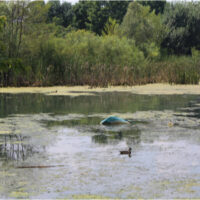 Knoxville, TN (December 19, 2020) The Tennessee Wildlife Resources Agency asked for the public’s help on December 19th after an overturned boat was discovered in the Tennessee River north of Knoxville. The request comes after a motorist who was crossing the South Knoxville Bridge saw the capsized boat and called 911. The vessel was a canoe-type boat equipped with an electric motor. Gear associated with duck hunting was also found at the scene. Rescue workers then searched the banks as well as the ramps of the French Broad, Holston, and Tennessee rivers but did not locate a person or vehicle associated with the overturned vessel. The owner of the boat was later found and stated that he and a friend had overturned around the boat and had not yet returned to look for the vessel.

When boating accidents occur, serious injuries and fatalities are common. If someone else played a role in causing your boating accident, remember that you have rights as an accident victim. This includes the right to hold the person who caused your accident responsible for the resulting damages. While compensation will not make up for the loss of a loved one, it can help to pay for costs associated with the accident. Contact Fox, Farley, Willis & Burnette today so we can begin fighting for you.